Having taken the internet by storm, the Royal Wedding of Britain’s Prince Harry and American Actress Meghan Markle has finally happened and we can’t seem to get enough of this regal affair’s glimpses. If you had been counting days just like us for this wedding to take place, fret no more! Here are all the pictures you need to see from the wedding, from the Bride’s mesmerising dress to our own Priyanka Chopra’s look for the day! 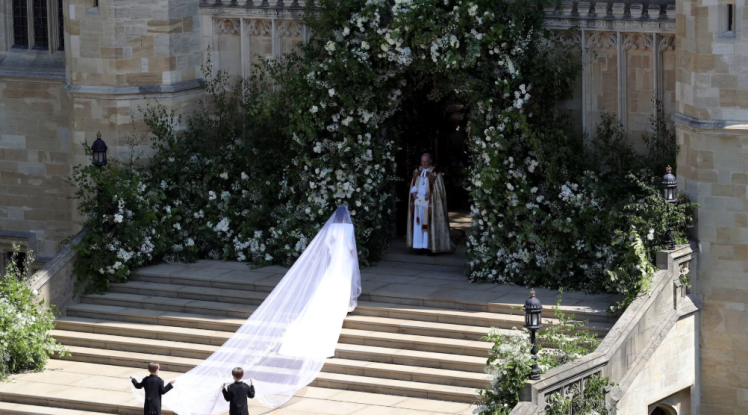 The impeccably extravagant affair (read the Royal Wedding) was organized at the St. George’s Chapel in the gorgeous city of Windsor! The entire city looks nothing less than a festival itself with the fans’ enthusiasm scorning high as the time finally started to arrive. Prince Harry and Meghan Markle finally said their vows today and are officially the “Duke and Duchess of Sussex”. St. George’s Chapel was exquisitely decorated with pastel flowers and we can’t seem to stop adoring the beauty of this wedding!

Meghan Markle wore an ethereal dress made out of sheer bridal dreams. The American Actress had her wedding gown meticulously designed by the British designer- Clare Waight Keller accessorised by a beautiful diamond bandeau of the Queen herself! The Dutches of Sussex entered in a vintage Rolls Royce Phantom II alongside her mother- Doria Ragland. Coming to the Duke of Sussex, Prince Harry was captured wearing a frockcoat uniform of the Blues and Royals. The groom himself looked nothing short of utter regalness while entering the Chapel.

Meghan walked down the aisle with her father-in-law Prince Charles as her best-man while the Orchestra played “Eternal Source of Life Divine”.  The wedding also witnessed Bishop Michael Curry, the first African-American to administer the Episcopal Church delivered the sermon. 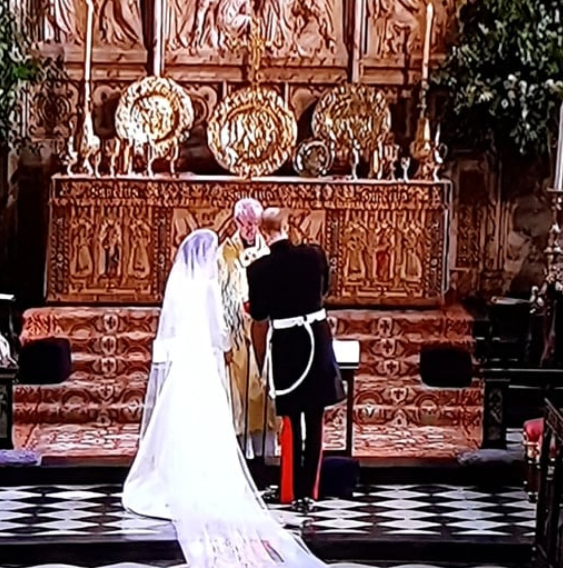 Meghan’s wedding ring, a beautiful piece of adornment, was carved out of a Welsh of gold gifted by Her Majesty- The Queen and Harry’s ring was a perfectly textured platinum band.

The Royal Wedding had to be a star-studded affair. The ceremony witnessed the presence of Oprah Winfrey, David and Victoria Beckham, Serena Williams, George and Amal Clooney, and our absolutely favourite Priyanka Chopra wearing a beautiful lavender outfit! Eton John is rumoured to be performing at the Reception. 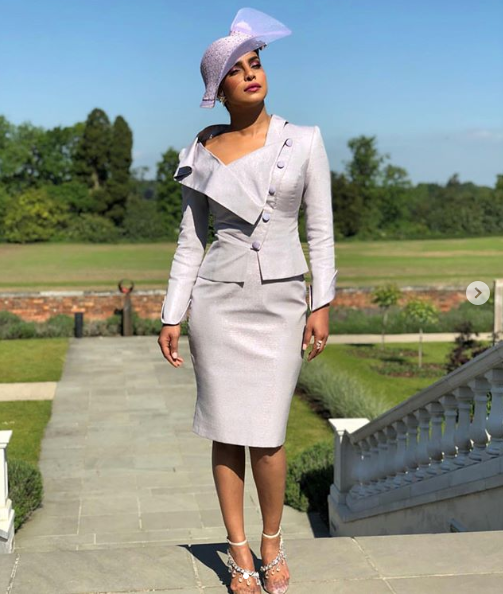 Thousands of fans have been filling up every inch of the streets of Windsor, cheering for the newly-married couple. The Duke and Dutchess of Sussex pass through the streets of the city filled with enthusiasm in their open carriage. The pictures of this regal affair have worth the entire wait and more!